Young Founders is being operated by Ed Hardy & Kit Logan, both eighteen. Having founded their own startup aged 16, they have actively participated in the UK’s startup scene whilst maintaining their commitment to their studies and have seen first hand how a programme like this will benefit the cohort. The ‘curriculum’ is influenced by many of their experiences, successes and failures alike, over the last three years.

Young Founders was born out of the problem of high tuition fees, as it means students increasingly care about two metrics - the percentage who are employed after six months and what they're going to be earning. Young Founders are advocates of studying for a university degree but not advocates of the careers that don’t reflect the skills and potential of graduates. Students often choose traditional routes that represent little risk and, for the tech sector at least, represent a significant under utilization of human capital.

The hope is that once the cohorts are equipped with the skills, knowledge and passion to found a startup they'll have the confidence to see it as a genuine career opportunity.

The Young Founders team are fortunate to have the backing of some of Tech City’s finest, including Shazam & ustwo. For the Young Founders team having one of London’s latest ‘unicorns’ ($1billion valuation) as a backer is a significant endorsement. Their success is testament to what can be achieved in London with perseverance, agility and determination. Andrew Fisher, Chairman of Shazam, said “We are delighted to support Young Founders which will not only encourage more young entrepreneurs to start their own companies but equip them with the knowledge and skills to build global businesses.”

Shazam connects more than 400 million people in over 200 countries and 30 languages, to the music, TV shows and brands they love. Every month another ten million people embrace Shazam. All this makes us the world’s leading media engagement company. Shazam is an amazing app available on all major app stores and platforms. In fact it’s one of the most downloaded iPhone apps of all time.

ustwo is a global digital product studio launching products, services & companies that make a measurable difference to the world. When their not working with the world’s top brands they are investing time and money into projects such as Monument Valley and spinout businesses like Dice.

Ignite, and their home in Newcastle, Campus North, are an integral part of our Newcastle Programme. Operating out of Campus North, our cohort gets to share in the energy of the companies being built there, while learning from some of the UK's fastest growing startups. 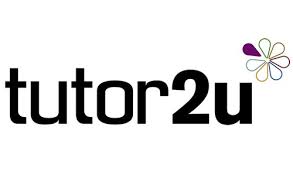 "It is not the way that most teenagers envisage spending part of their summer holidays, far from the beach or the holiday job behind the tills, but two 18-year-olds believe that it could be among the most important two weeks of a youngster’s life, bridging the gap between education and entrepreneurship.

With British schools and universities accused of not doing enough to mentor budding entrepreneurs and to encourage them to set up their own businesses, the pair have interrupted their A-level revision to set up Young Founders."

Hardy said that the British government is "very good" for helping start-ups but schools need to begin teaching lessons on the topic.

"There are so many 16 to 18 year olds who see it as a career opportunity they want to do but who've not had the knowledge delivered to them in schools. Schools tend not to see setting up your own business and going in as a founder as a genuine career opportunity," Hardy told CNBC. 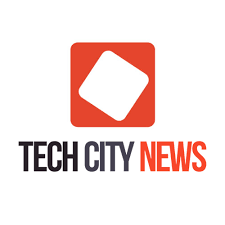